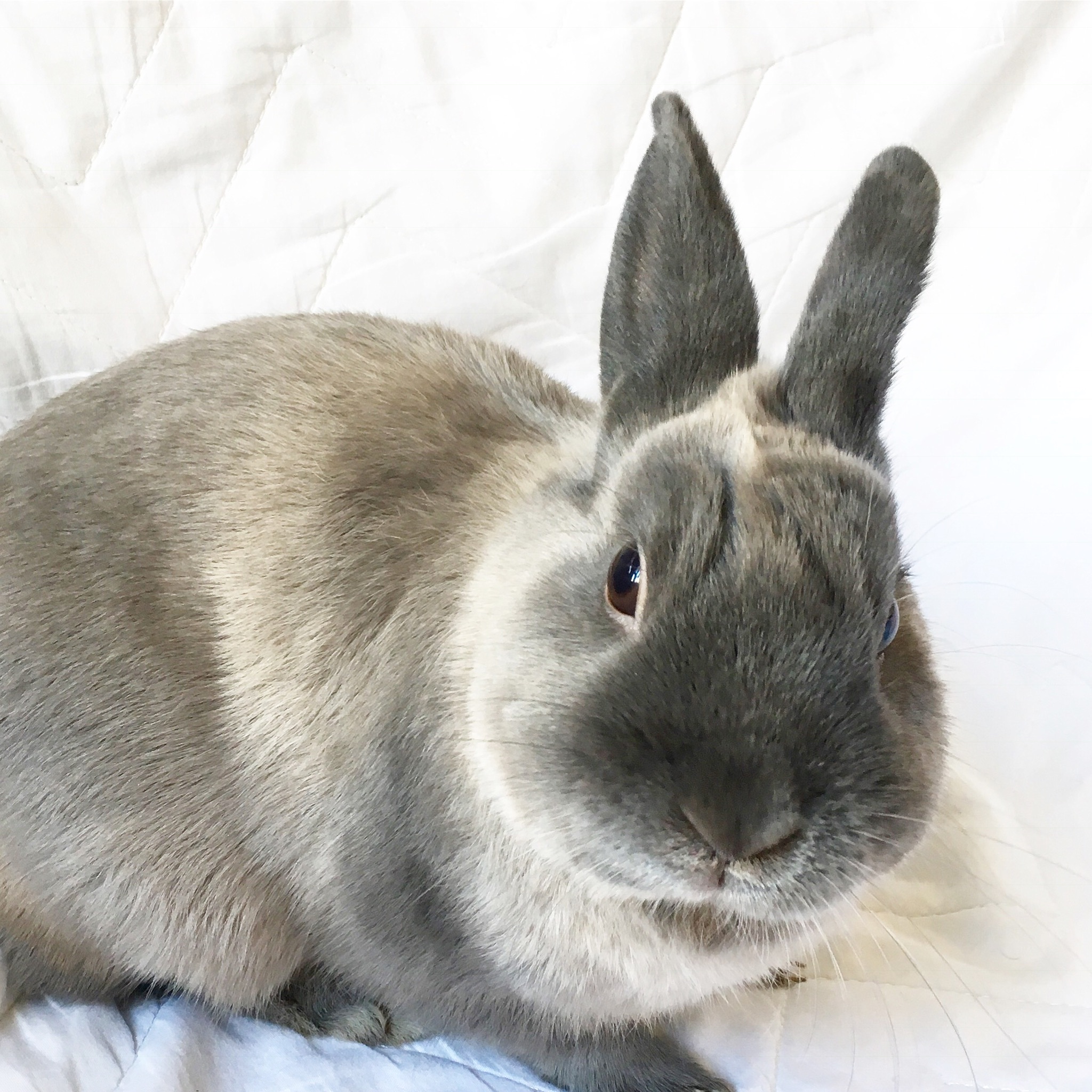 Meet little Dooey, the cutest and sweetest indoor bunny. Dooey has been featured before on the blog (in this post) as well as on my Instagram quite a lot. But its time I share more about little Dooey and what it is like having a pet rabbit.

The reason we got a rabbit is quite simple. We wanted a pet, but because we live in a top floor apartment without a garden, getting a dog is too cruel. We don’t like cats. A fish tank is dull. A bird/parrot makes too much noise. And a bearded dragon is way too scary. So after doing all the necessary research, we decided on a rabbit. Well I like to call him a bunny as it sounds cuter than a rabbit. And it is the best decision we have ever made.

Dooey brings so much happiness to our lives, he is entertaining in a bunny kind of way. He is naughty, cheeky, mischievous and a little busy body. He loves the camera, loves his food, and I think he loves his dad just a little bit more than he loves me (more on that later). 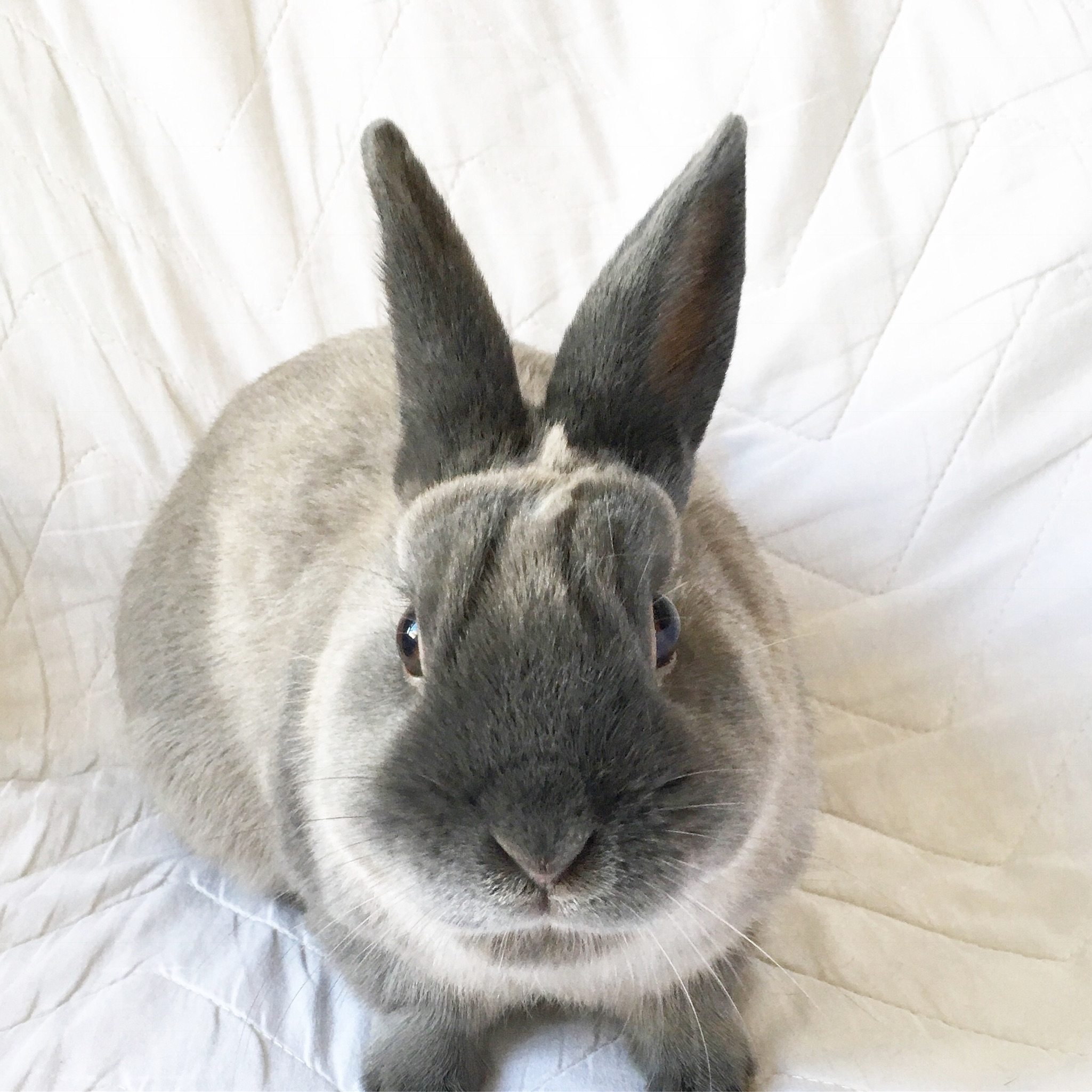 When we were doing all our research, we kept reading how rabbits make the most wonderful indoor pets. We also read that the more love you give them, the more love they give back. When we brought Dooey home, we were a little scared and thought what are we going to do with this grey fur ball? But after the first day, it was just pure love and happiness.

Having an indoor pet rabbit is not very common here in South Africa as compared to the UK and Europe.

So if you’re wondering what it is like here, here are 5 things you didn’t know …

When we told our friends and family we got a rabbit, the first thing everyone said is “ooh but rabbits stink“. Let me tell you straight, they don’t stink at all. Just like a normal pet, with regular cleaning, everything is under control. And also, they litter train themselves. So they poop and peep in a litter box just like a cat. They do about their business without making a mess at all.  The litter box is filled with eco cat litter at the bottom and then hay at the top, so it hardly ever ever smells.

Dooey is also very shy. When he goes about his business in his litter boxes, he always faces the wall. He gets embarrassed if we watching him.

As one would on the toilet 😉

Rabbits eat a lot. A lot of hay, some pellets and a little bit of greens. The reason rabbits eat a lot is to ensure their digestive system doesn’t stop working. Scary thought? Yip.

Hay is the most important and they need to have access to unlimited fresh hay. They have to eat at least their body size in hay per day. Then they’re allowed 2 tablespoons of pellets, a cup or two of greens and then a treat or two.

Dooey’s favourite snacks include spinach, paw paw, apple, carrots and now he is loving watermelon too. Every night when we eat dinner, we have to prepare a small plate of treats for Dooey too, otherwise he gets cross and won’t come out of his cage. Once or twice he has stomped, which means he was very cross.

As they say, a family that eat dinner together, stay together! Ha!

3. RABBITS CAN ROAM YOUR HOME

Rabbits can live cage free in your home. That means they can hop around and make your home their home. As long as your home is rabbit proofed, it will be okay 🙂 You will have to keep an eye on him in the beginning as they like to chew a few wires, the corner of the couch, the wooden furniture and any shoes lying around. But no stress, thats what a puppy would do too 🙂

Dooey has a cage which he uses during the day when he takes his afternoon nap or to sleep in at night. The rest of the time he has free reign over the apartment. His cage is always open so he can hop in and out as he pleases. He also knows not to go into the bedrooms as well as into the kitchen.

Like I said above, the more you love your rabbit, the more he will love you. That means they need a lot of attention and care, just like a dog or a cat. Rabbits also like to cuddle. And they also like to kiss you. They use their little tongue to lick you and this means they’re kissing you.

Dooey likes to cuddle his dad, and only his dad. He’ll jump on his dads lap and get all cozy while he’s being patted. I, on the other hand, get a lot of kisses. He’ll jump onto the couch next to me, and start licking my hand or my face if I am lying down. He’ll also lie right next to me.

Dooey also likes to be close to you. When I am working at my desk, he’ll lean against my feet, or he’ll sit staring at me until I look at him and make a fuss of him.

Now you can see why we love this little fur ball.

5. RABBITS DO A HAPPY DANCE

When a rabbit is happy, they do a jump and twist movement called a Binky. It the honestly the most adorable and heartwarming thing to see.

When Dooey did his first Binky we didn’t know what was going on and had to Google the movements he was making.

Now that we know its binkies, it is the highlight of having a pet bunny.

It is the sweetest thing ever! 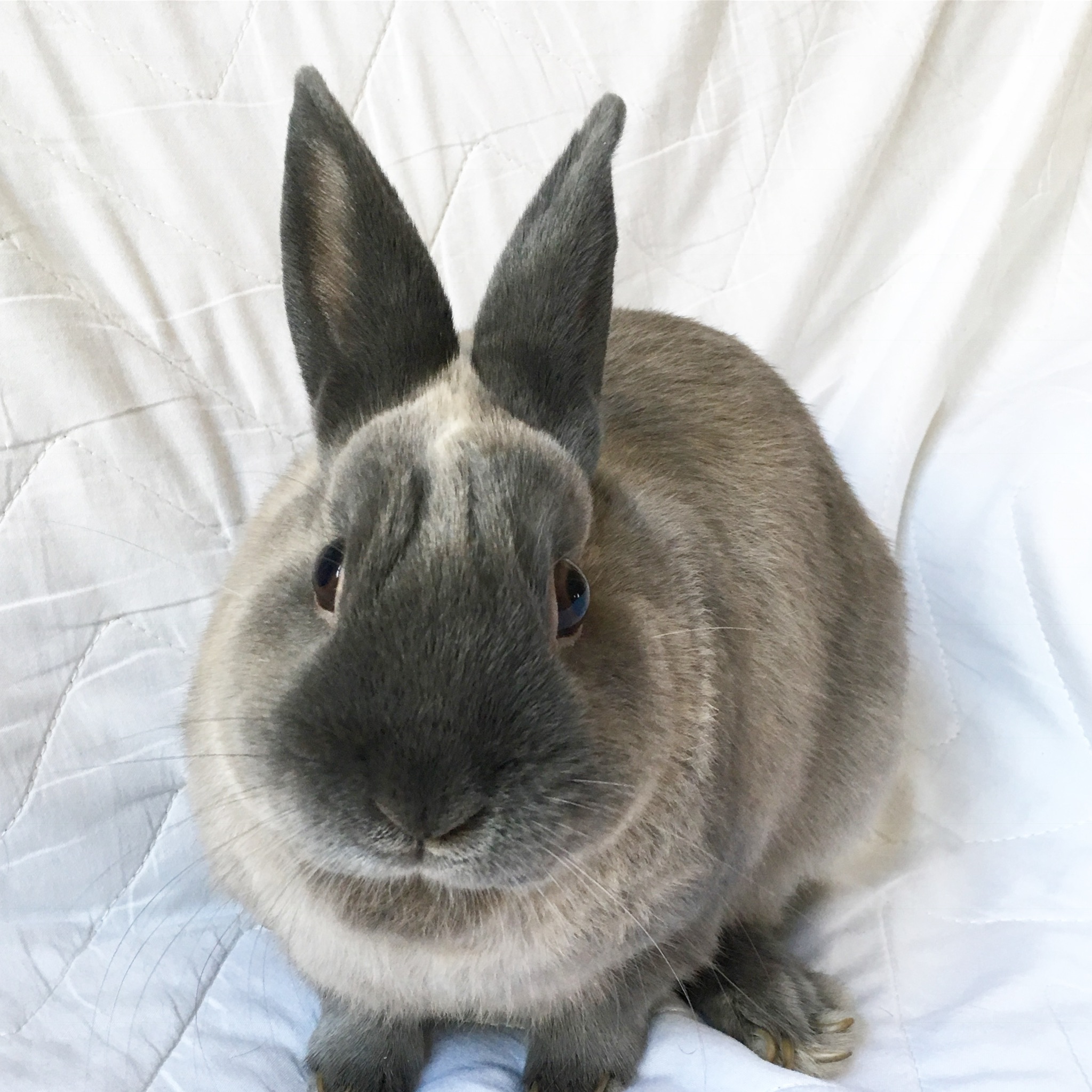 Dooey is a Netherland Dwarf bunny, in case you were wondering 🙂