It has been a while since I did a book club post, but that doesn’t mean
I haven’t been reading.

I have been reading so much and have so many exciting books to share with you. If you missed the last book club post, have a read here. You will notice in the last book club post, they were all a bit on the romance side. Two were Young Adult, two were by the same author (Rebecca Raisin) and one was a memoir. In this instalment, the books all have one thing in common; they’re thrillers. I have never been one to read thrillers, as I have always loved total chic lits, absolute romance and just good old love stories. After reading the first thriller, I was hooked. 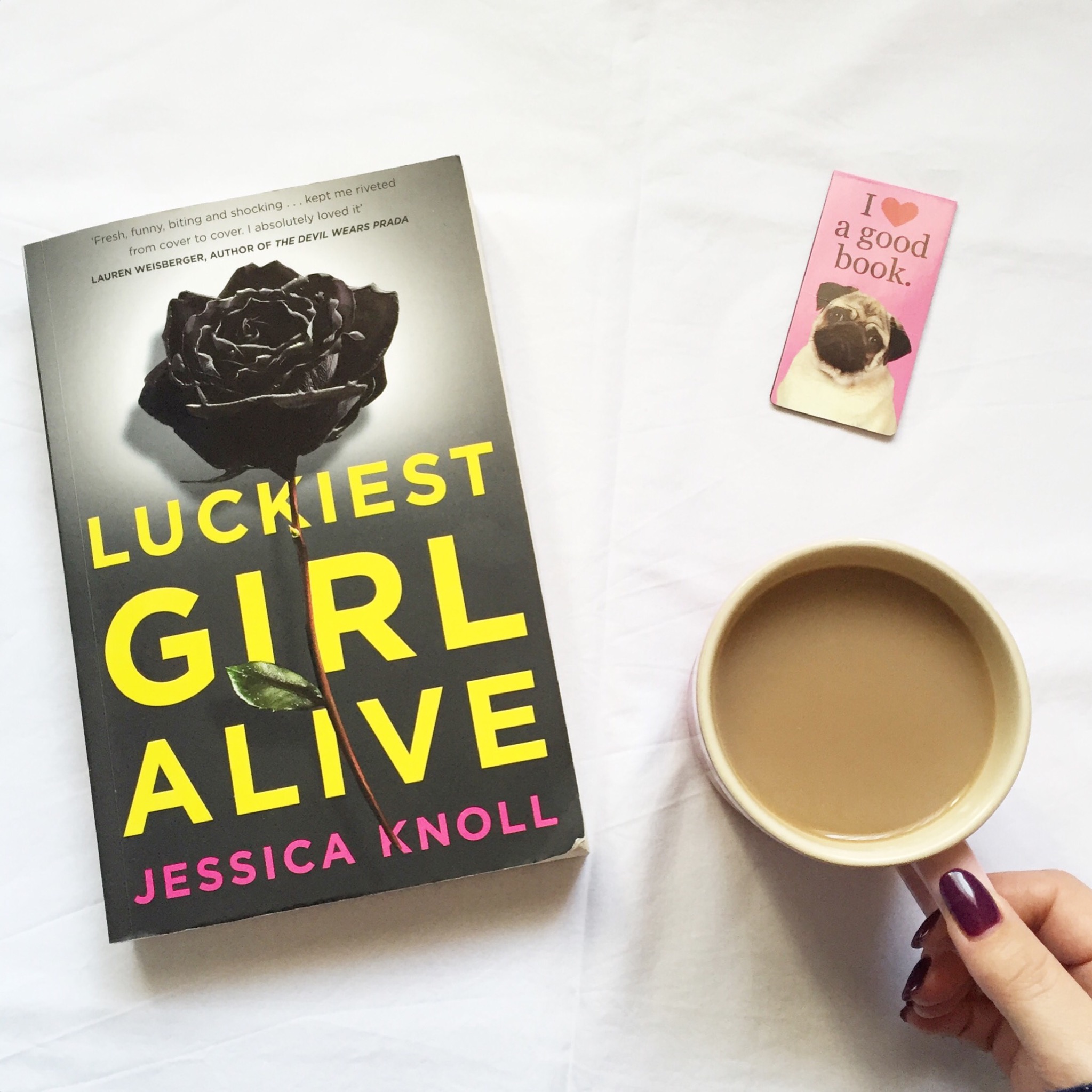 As a teenager at the prestigious Bradley School, Ani FaNelli endured a shocking, public humiliation that left her desperate to reinvent herself. Now, with a glamorous job, expensive wardrobe, and handsome blue blood fiancé, she’s this close to living the perfect life she’s worked so hard to achieve. But Ani has a secret. There’s something else buried in her past that still haunts her, something private and painful that threatens to bubble to the surface and destroy everything.

With a singular voice and twists you won’t see coming, Luckiest Girl Alive explores the unbearable pressure that so many women feel to “have it all” and introduces a heroine whose sharp edges and cutthroat ambition have been protecting a scandalous truth, and a heart that’s bigger than it first appears.

The question remains: will breaking her silence destroy all that she has worked for—or, will it at long last, set Ani free?

♥ For my first thriller, this book kept me hooked from start to finish. I thought the author did a wonderful job of tying two timelines together, and presenting Ani in two stages of her life. It felt like you’re reading two different stories in one. More so, because the older Ani has a completely different personality to her younger self. She is more materialistic and shallow. Her younger self was innocent and vulnerable. This book gets a little bit graphic close to the end, so hold on tight 😉 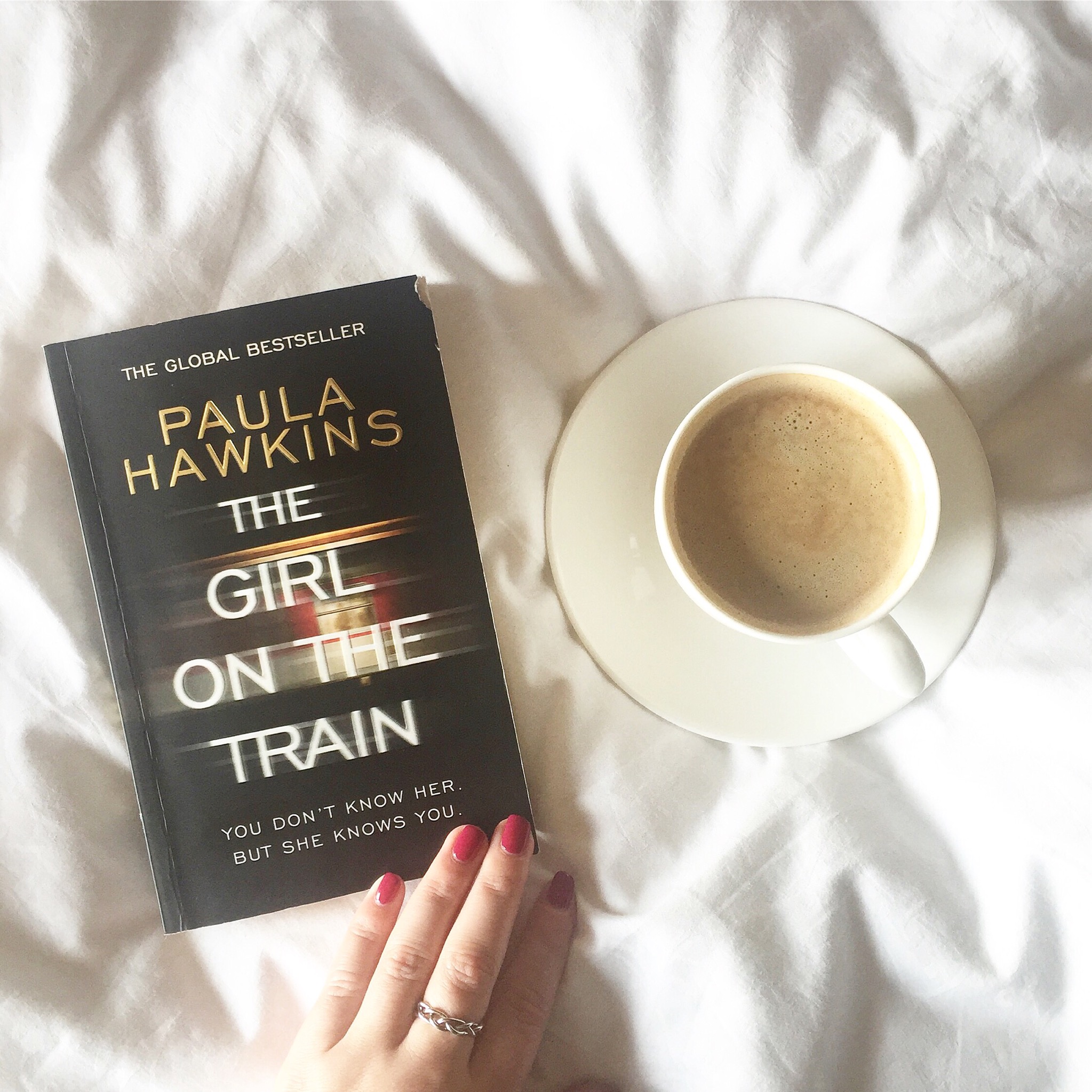 The Girl on the Train – Paula Hawkins

EVERY DAY THE SAME – Rachel takes the same commuter train every morning and night. Every day she rattles down the track, flashes past a stretch of cozy suburban homes, and stops at the signal that allows her to daily watch the same couple breakfasting on their deck. She’s even started to feel like she knows them. Jess and Jason, she calls them. Their life—as she sees it—is perfect. Not unlike the life she recently lost.

UNTIL TODAY – And then she sees something shocking. It’s only a minute until the train moves on, but it’s enough. Now everything’s changed. Unable to keep it to herself, Rachel goes to the police. But is she really as unreliable as they say? Soon she is deeply entangled not only in the investigation but in the lives of everyone involved. Has she done more harm than good?

♥ At first I got a little bit confused with all the characters. Not only does the book  jump from character to character but the timelines also keep changing with the change of characters. But once I started concentrating more, I started enjoying the book a lot more. The book is a real page turner. You end up loving and hating the characters, a lot! And you start feeling sorry for Rachel as she’s a bit of a helpless sad case alcoholic depressant. But you realise why throughout the book. A real suspense from start to finish. And a little scary at the end. But it wouldn’t be a thriller then, would it? 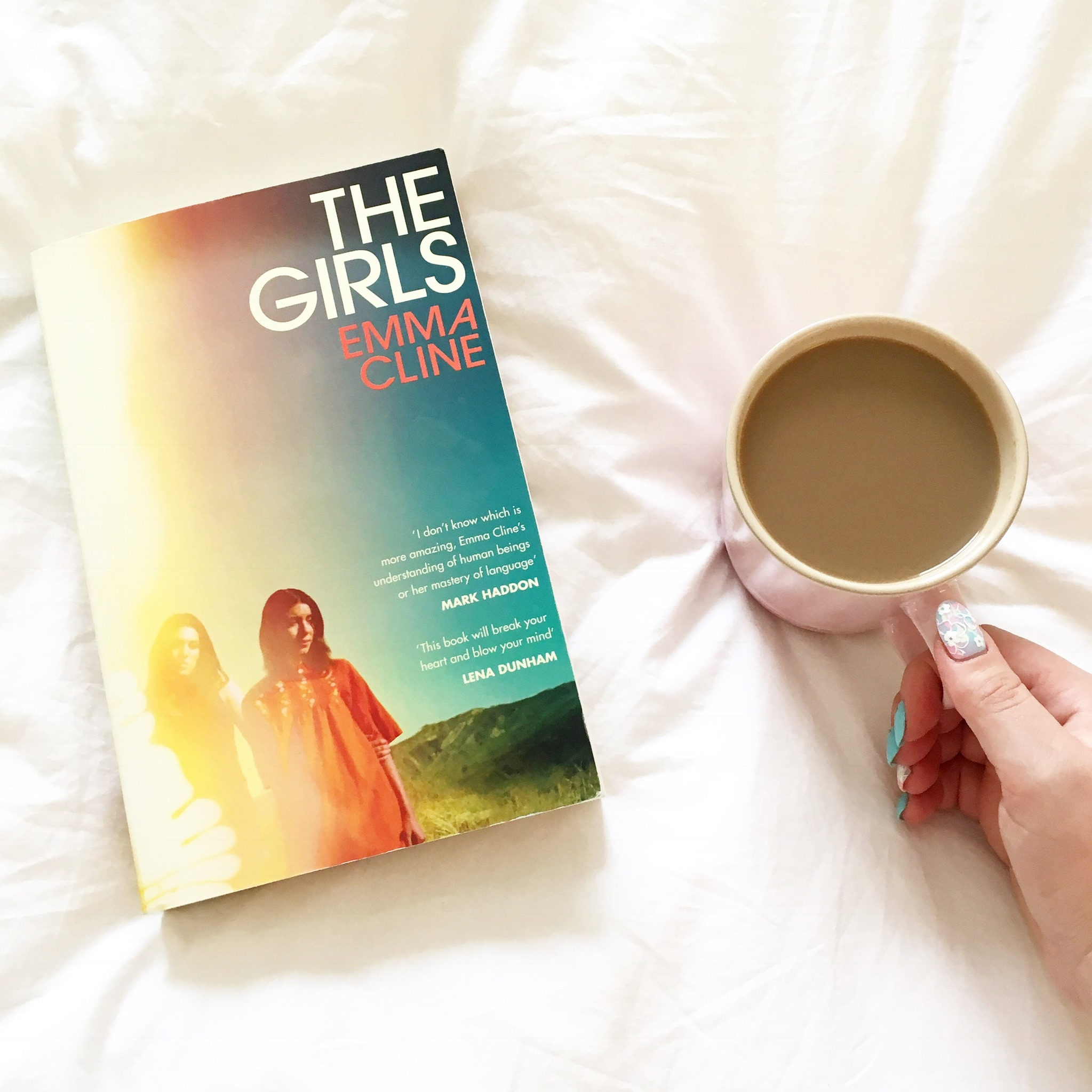 Northern California, during the violent end of the 1960s. At the start of summer, a lonely and thoughtful teenager, Evie Boyd, sees a group of girls in the park, and is immediately caught by their freedom, their careless dress, their dangerous aura of abandon. Soon, Evie is in thrall to Suzanne, a mesmerizing older girl, and is drawn into the circle of a soon-to-be infamous cult and the man who is its charismatic leader.

Hidden in the hills, their sprawling ranch is eerie and run down, but to Evie, it is exotic, thrilling, charged—a place where she feels desperate to be accepted. As she spends more time away from her mother and the rhythms of her daily life, and as her obsession with Suzanne intensifies, Evie does not realize she is coming closer and closer to unthinkable violence, and to that moment in a girl’s life when everything can go horribly wrong.

♥ As much as this book is fascinating, it is a bit haunting as well. The book is extremely well written, Emma conveys the details, emotions and settings in such a way, that you feel you are there. The story line is a bit disturbing though, but realistic. Young teenager girls would do just about anything to fit in, so it is easy to relate to such a character, because as much as that was the case in the 60’s, it is probably worse today. I loved this book. Would I recommend it to you? A big, fat Y E S!

Can you recommend any other good thrillers I have to read?

I just popped into Games new concept store at the

Sunday’s in the sun with the cheesiest pizza at

Where am I off to? A culinary escape into a fairyt

My friend and I miss the winelands and wine tastin

Not even 24 hours later since I placed an order on

It’s #TravelTuesday and if I can’t be anywhere

Our afternoon sundowner session has come with a si

Magical Kruger National Park ... Is there any place better? 😍