Skip to content
Sophie Kinsella is currently my absolute favourite author. I have devoured her books one after the other and so I thought I should share my three favourite books of hers that I have read this year. Her books are so hilarious that I actually find myself LOL’ing. Yip, laughing out loud. Often my boyfriend will ask whats so funny because I will literally LOL out of nowhere. So in no particular order, here are three books I’ve recently read of Sophie Kinsella that you should read too! Also, they are perfect for your summer reads these holidays as they’re easy reading, light-hearted and hilarious chic-lit! 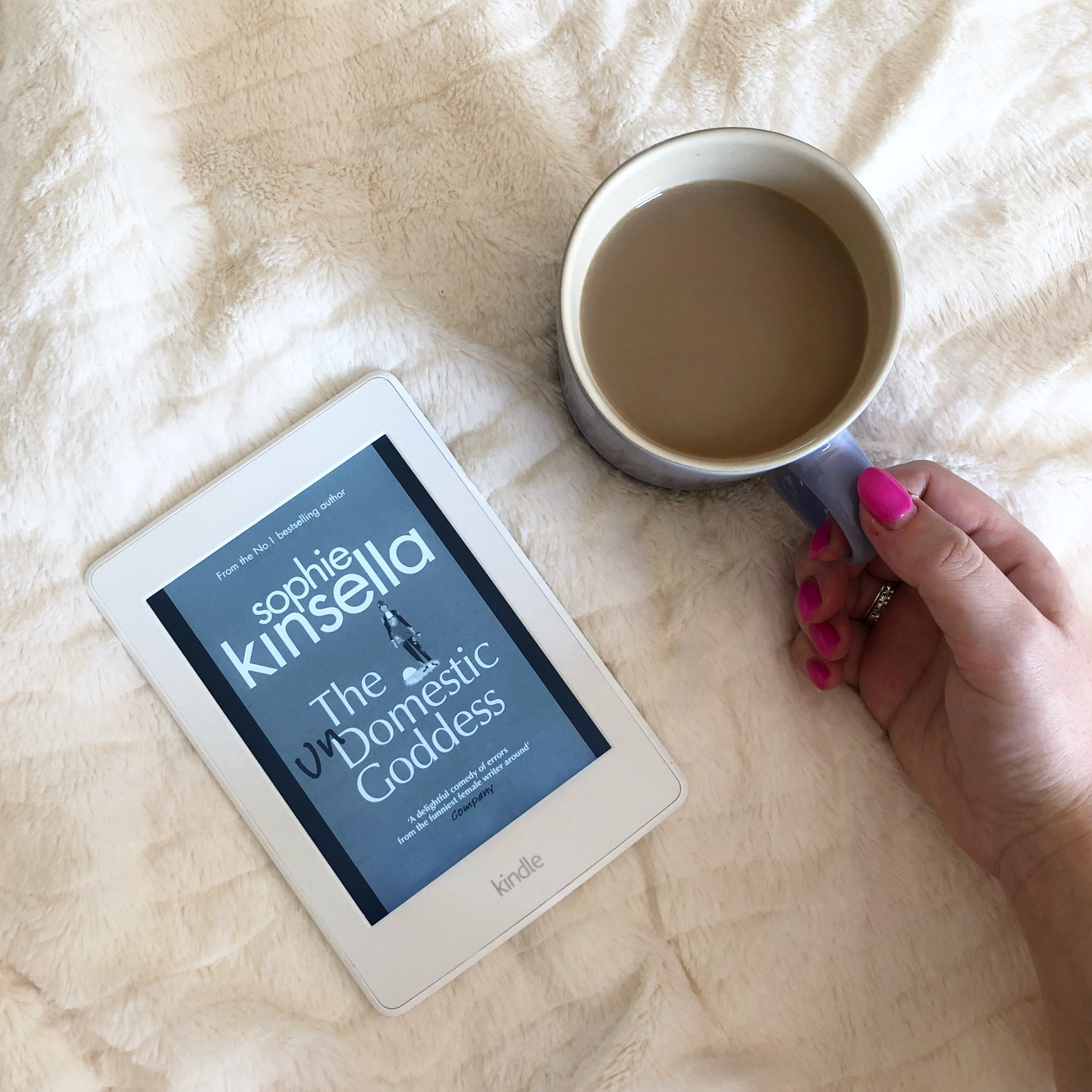 The story is about Samantha, who is a 20-something workaholic lawyer. She is so career driven that she has put her whole life into this job to try become partner. One day she discovers she has made the biggest mistake of her life which will cost the firm millions of dollars. So she quickly decides to run as far away from the firm as possible! She gets onto a train and gets off at a town in the middle of nowhere. After having the biggest meltdown, she rings the door bell of a random house in this town to ask where exactly she is and it just so happens that she now starts working as a maid for this very rich family. The family know nothing about Sam’s true identity and Sam knows nothing about being a maid! Soon Sam meets the gardener … And that’s all I’ll be saying about the story line. I honestly loved this book and laughed out loud from the very beginning. As a lawyer myself, I know what it’s like to dedicate your whole life to a law firm. I know what it’s like to spend a birthday in the office until late at night and that’s exactly what happens to Sam. So in the end Sam has to revalue her life and figure out what is important and what isn’t. And without giving away too much, love wins! 🙂

• CAN YOU KEEP A SECRET

Emma is clumsy, silly and awkward. At only 25, Emma has been through many jobs. She lives with her best friend Lissy and has a boyfriend that she thinks is almost too perfect! Emma has a lot of secrets and some of her secrets are really funny, like one she’s hiding from her boyfriend where she actually weighs 128 pounds and not 118 pounds. She just so happens to share all of these secrets with a handsome stranger that is sitting next to her on a flight when the plane goes through turbulence. She starts panicking andblurting out every single secret of hers. This handsome strangers, Jack Harper, turns out to be her new boss. The story gets funnier and funnier with every page you turn. After finishing this book by Sophie Kinsella, I knew I needed more. This was a light and funny romance and just so easy to read. I like reading her books just before I go to bed because they leave you feeling happy! Just a little warning though, Emma can be a bit irritating, but in a hilarious way! 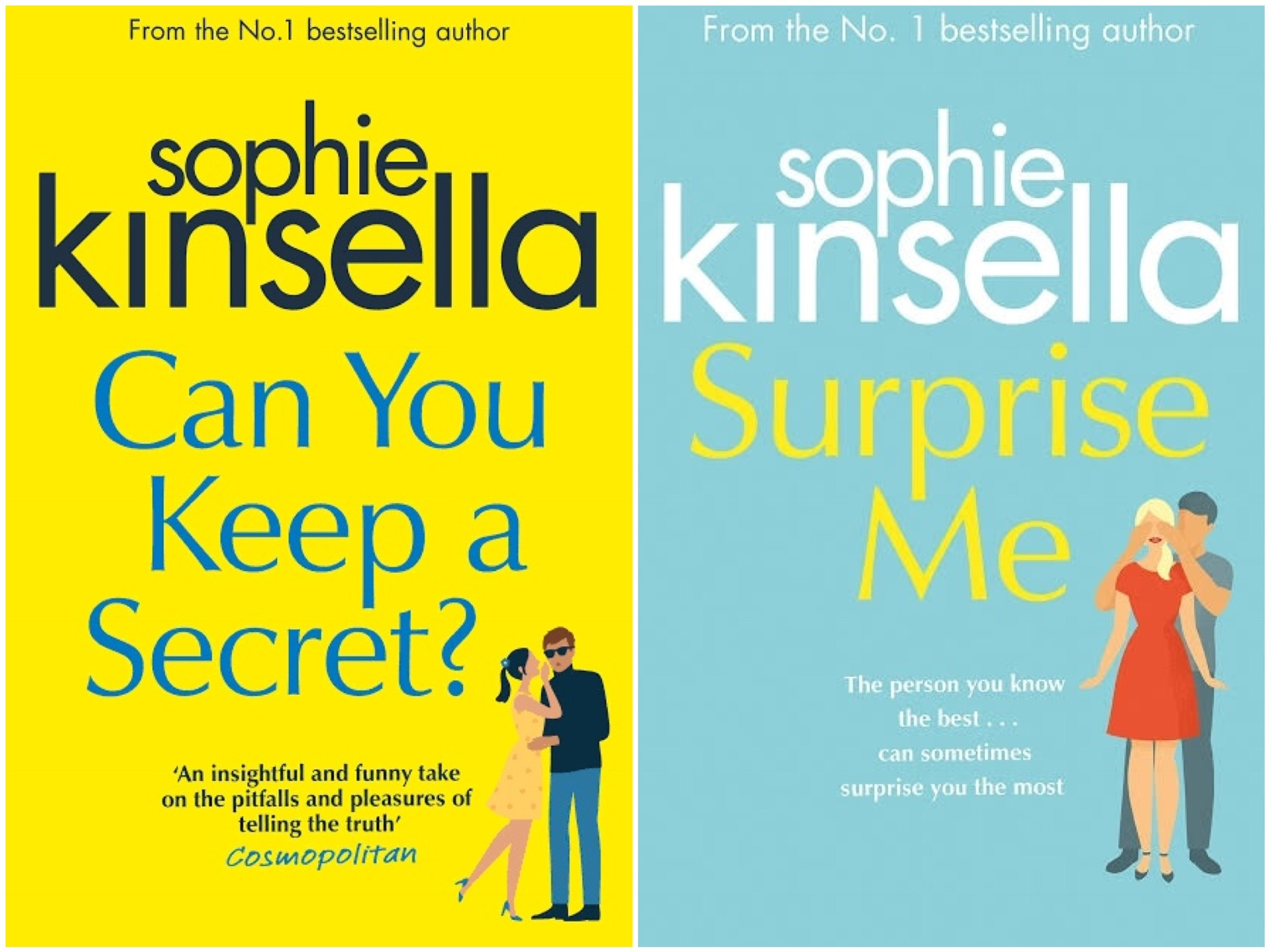 Sylvie and Dan are about to celebrate their ten year anniversary when they get news from the doctor that their health is so good, that statistically they may have another sixty eight years of marriage together. They both freak out at this and think sixty eight years is a long time! So they both decide that to keep their marriage exciting they must start surprising each other! The surprises are rather fun until Sylvie discovers something she shouldn’t have … And this is when it starts to get interesting! Just like the other two books I have chatted about, this was SO funny! I love how the story explored romance and love after marriage and kids. And I also loved the plot twist at the end 🙂