We had lunch at the new La Boqueria in Parktown North

There’s a new eatery that has just opened up in Johannesburg that has all foodies (and non-foodies) in a food frenzy. 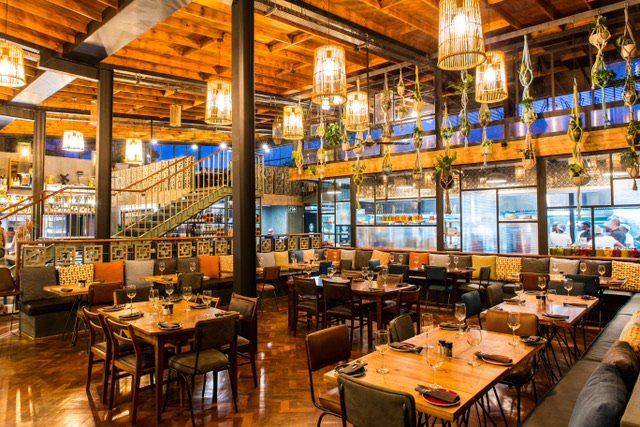 La Boqueira has just opened up its doors on 3rd Avenue, Parktown North, and is the brainchild of the same owners as The Foundry. The menu is rather interesting and diverse as it was derived from the owners favourite food markets from around the world. Think ceviche, poke bowls, paella and buddha bowls, to name a few. The food is cooked on live fires and wood ovens with the aim of bringing you a real food experience.

I have been curious to try this all new eatery, so this past Saturday we arrived at La Boqueria at 12pm sharp for what was a never-ending lazy lunch. As we walked in, this buzz just hit us. The restaurant has so much atmosphere. Contributing to this is the beautiful decor. Massive windows with the sun beaming through, hanging plants adding lush greenery, trendy antiques and a bar made entirely from orange post boxes.

On Saturday, we went all out. We shared starters, mains and a dessert. What’s nice about La Boqueria is its all about the sharing, tapas style. So you get to taste a little bit of everything. Tapas is one of my favourites, so this made me even more excited. And a lot more hungry! 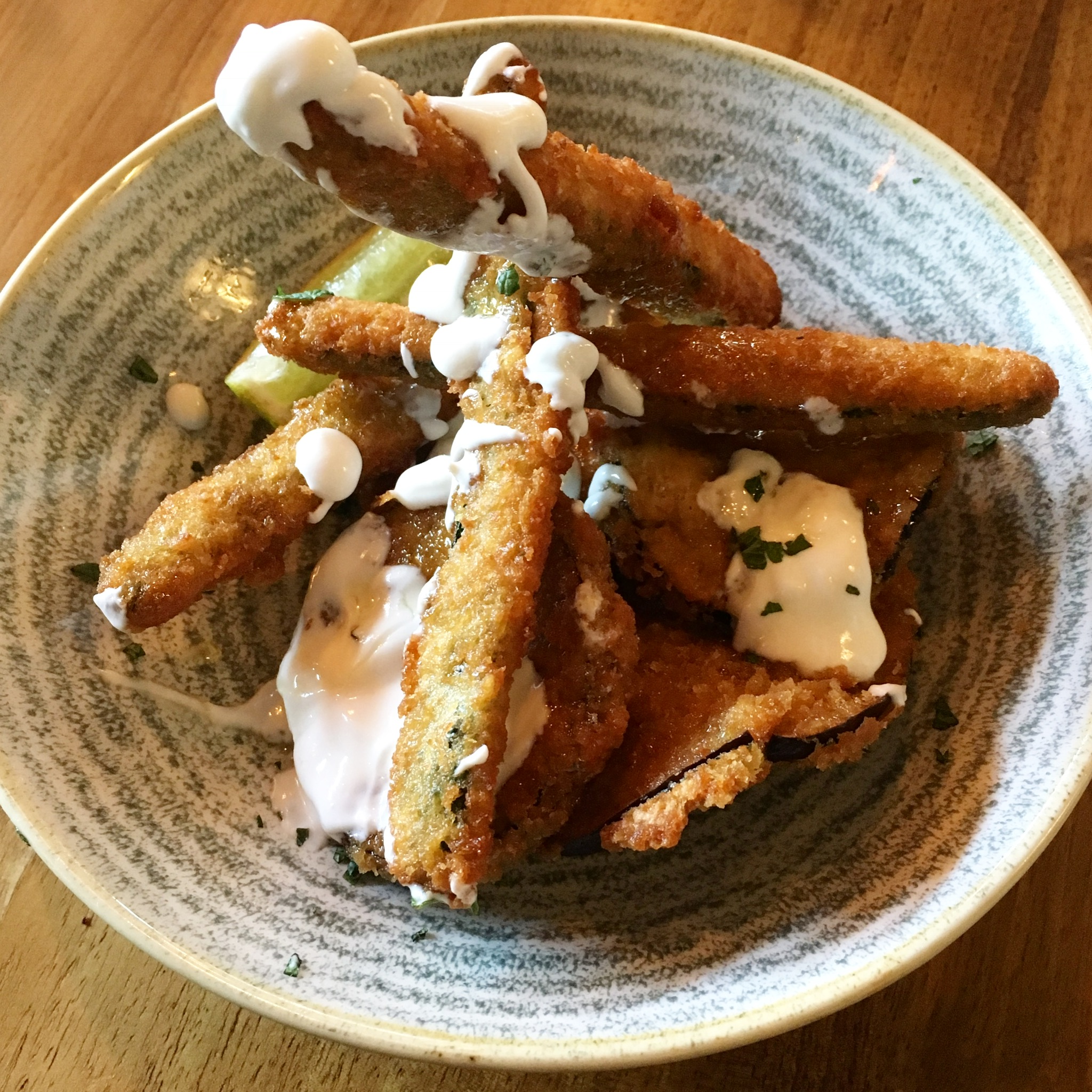 We had the Hot Fried Olives (R42) which were extremely delicious. We were tempted to order another portion each but didn’t want to waste unnecessary space in our tummies. With a little squeeze of lemon juice over and dipping them into the caper parsley aioli, they were superb! Next up was a portion of the Baingan Fries (R65). These are crusted zucchini and aubergine fingers drizzled with whipped feta and agave nectar. The flavour combination of whipped feta and the agave nectar together with the crispy zucchini and aubergine fingers is something so different but so good!

We also had a bowl of the 5 Pepper BBQ Squid (R75) done in a chilli, white wine, garlic and lemon salsa. This was a little too spicy for me. I found the chilli overpowering the other flavours. Although it was tasty, it just didn’t do it for me. Sorry, 5 Pepper BBQ Squid, maybe next time. Our last starter was the Oxtail Marmalade Toast (R65). Oxtail is a favourite of ours, especially come winter time, so to have it on toast with a red onion marmalade and horseradish was totally comforting and delicious. 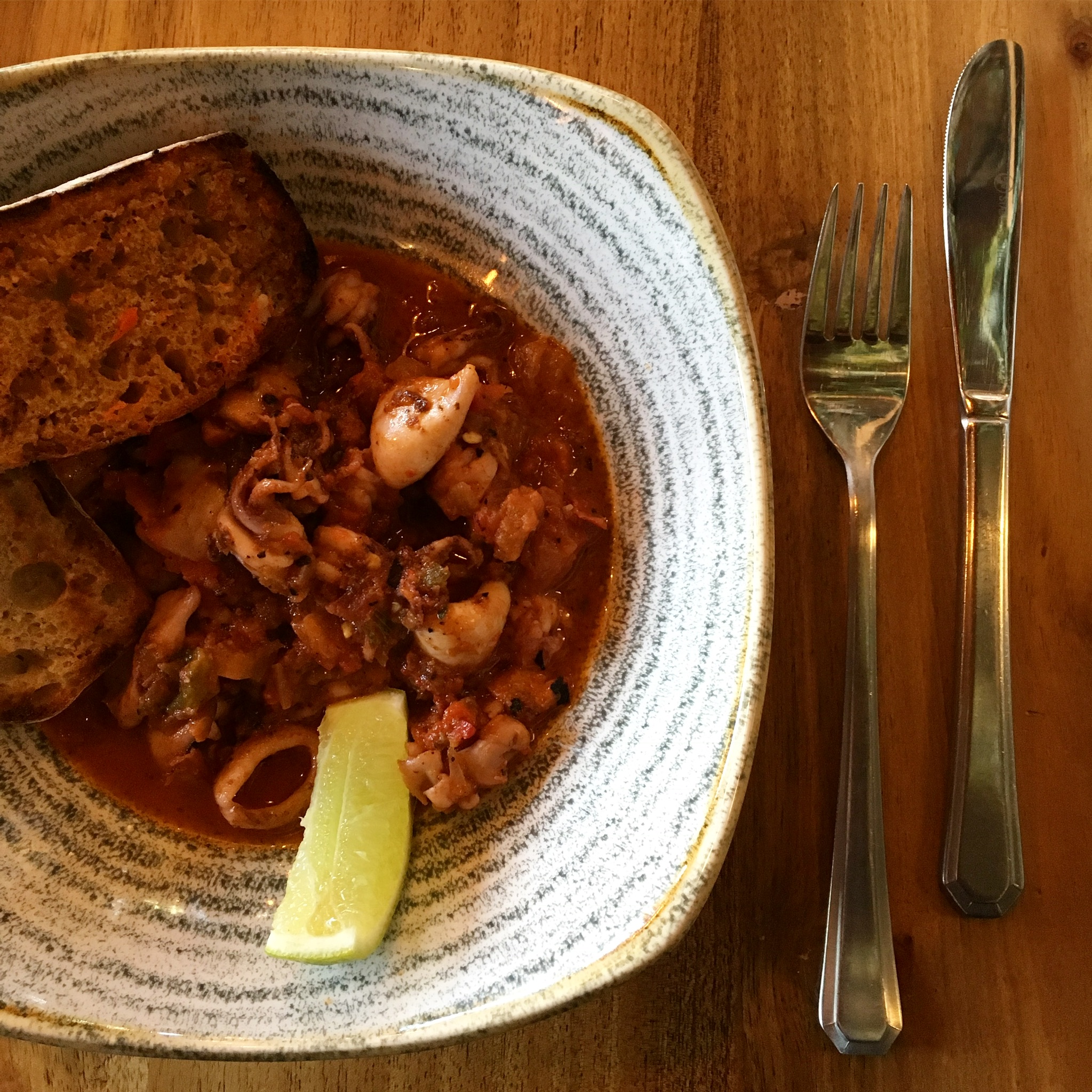 For mains we shared two dishes. The Paella Marisco (R220) and the Lomo Saltado (R155). The paella is a seafood paella with prawns, clams, white fish, octopus and crispy squid heads. This dish was huge and it was a serving for one. You could easily share one main dish between two people. We were told the Lomo Saltado is a new dish on the menu which is why we chose it. It is essentially a beef fillet stir fry with peppers, red onion, tomato and chilli soy topped with an egg. We found the meat to be a little bit on the very salty side. Perhaps just a little bit heavy handed in the kitchen but it was still something different that got us excited!

We’ve already made plans with some friends to head back soon to try the other mains. I am dying to try the Poke Bowl! 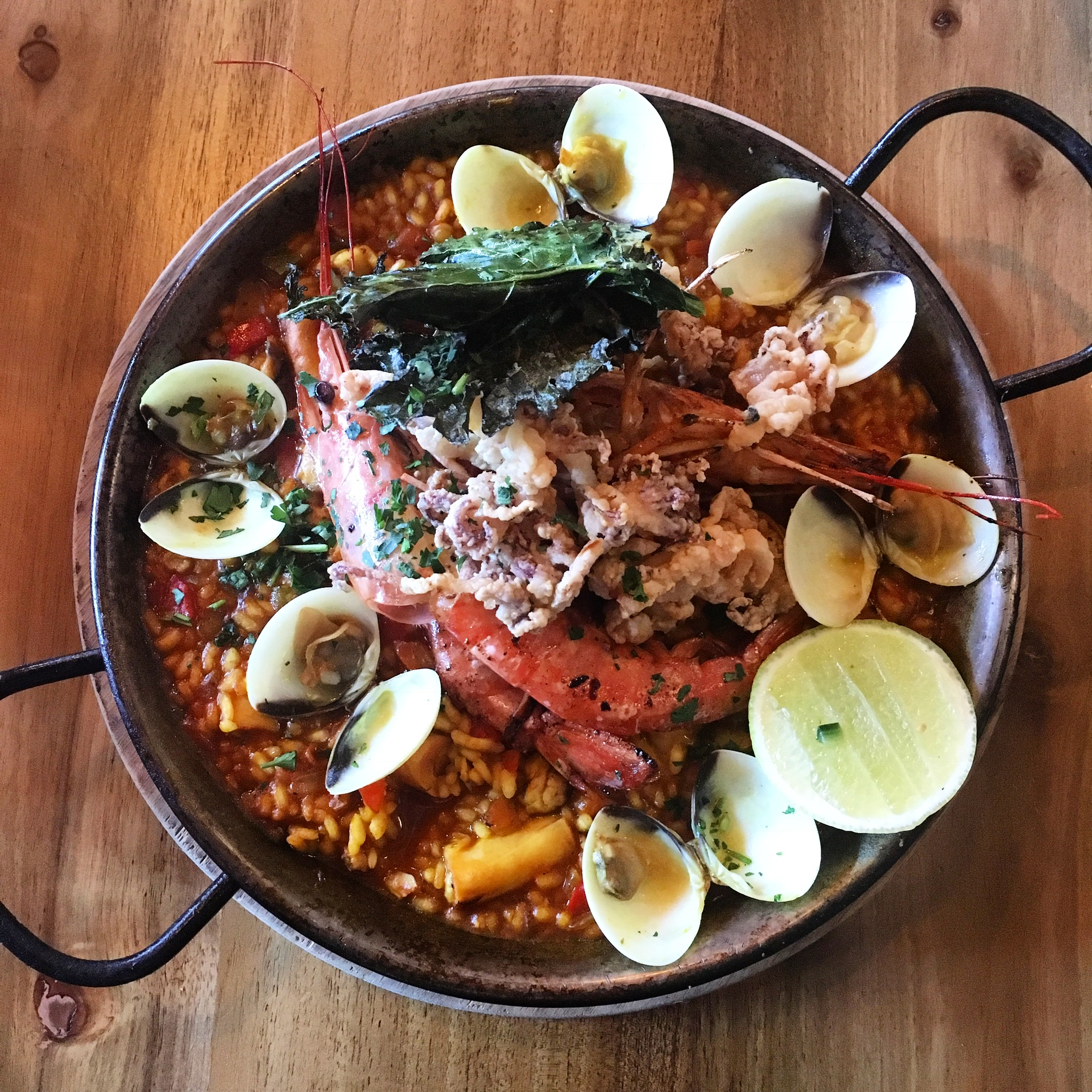 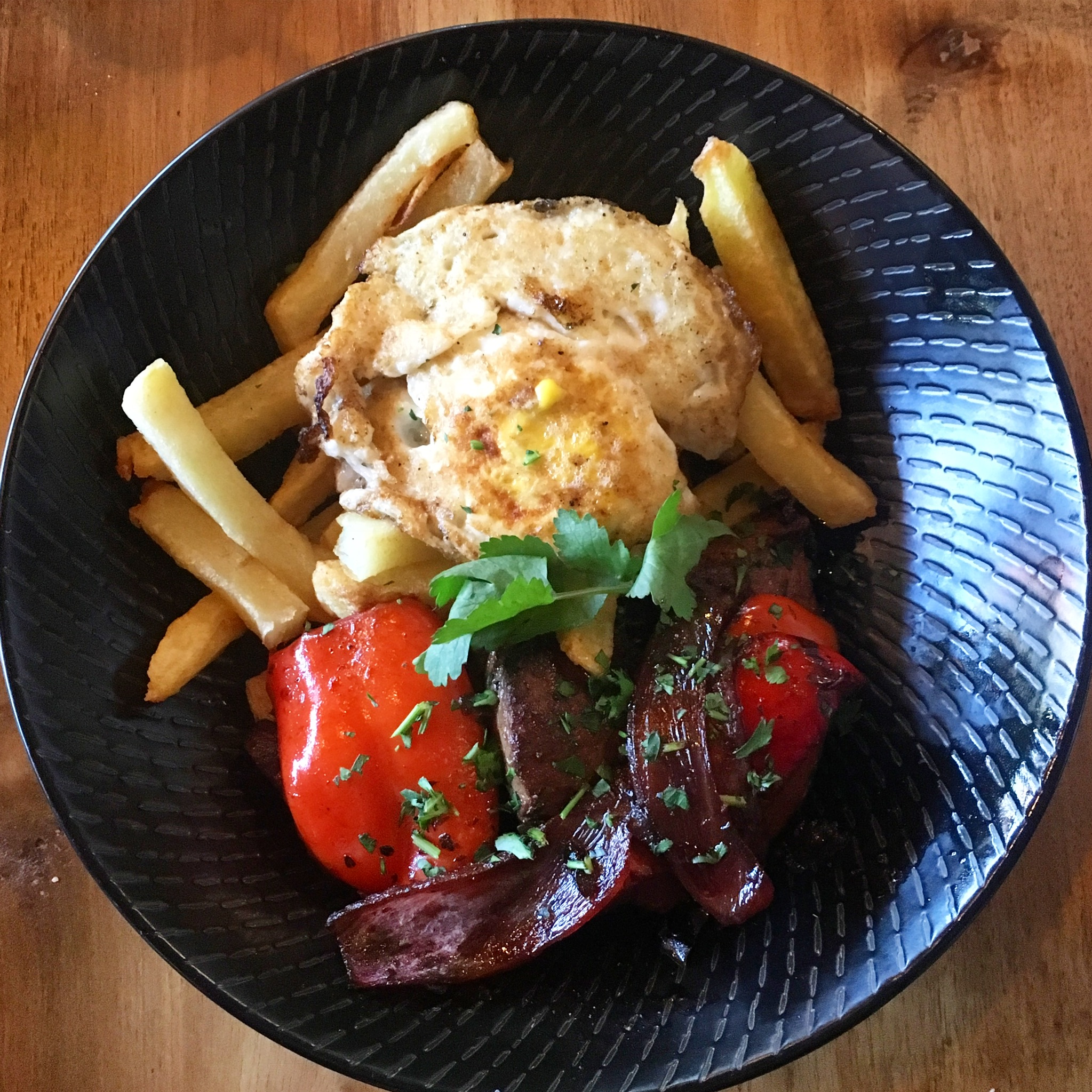 AND NOW FOR DESSERT

We were so full but we just had to have dessert. The choices were between Churros with a chilli chocolate sauce, a Gintonic Tart or a Whoppie Pie. So guess what we settled on? Yip, the Whoppie Pie (54). White chocolate hazelnut gelato sandwiched between two cookies, nutella, almond flakes and toasted marshmallows. It was A M A Z I N G ! 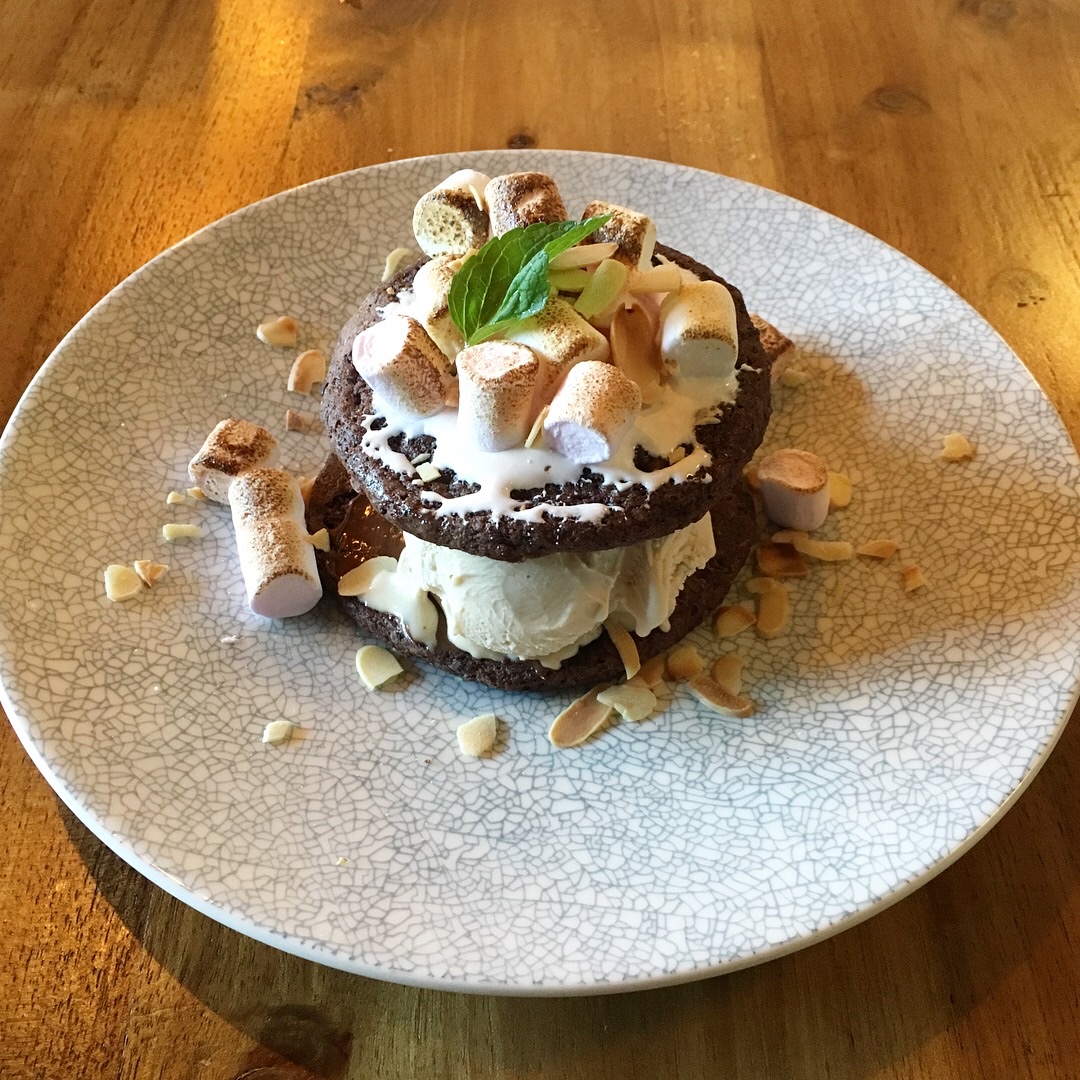 La Boqueria definitely gets my stamp of approval. The menu is exciting, the food is tasty and some dishes quite interesting and the decor is spot on. I will definitely be back for more deep fried olives and to try some other dishes. 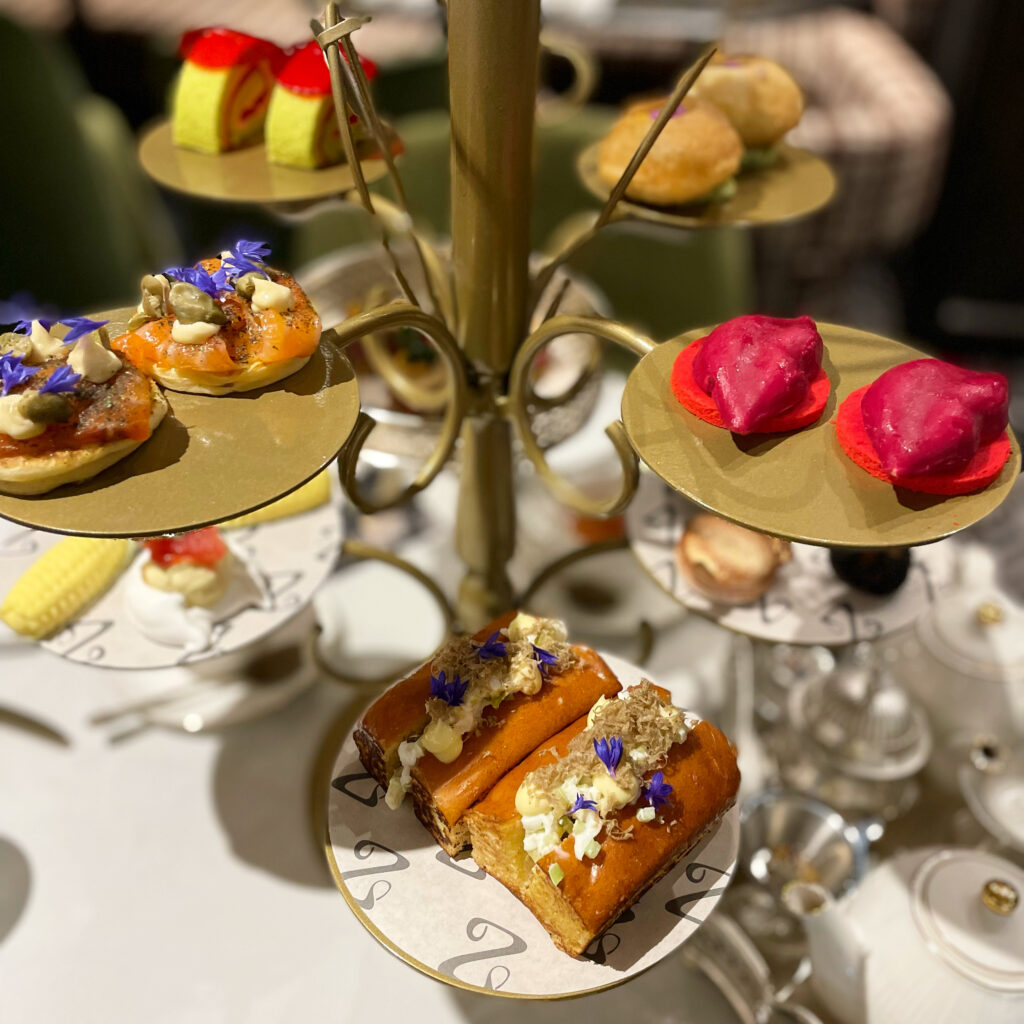 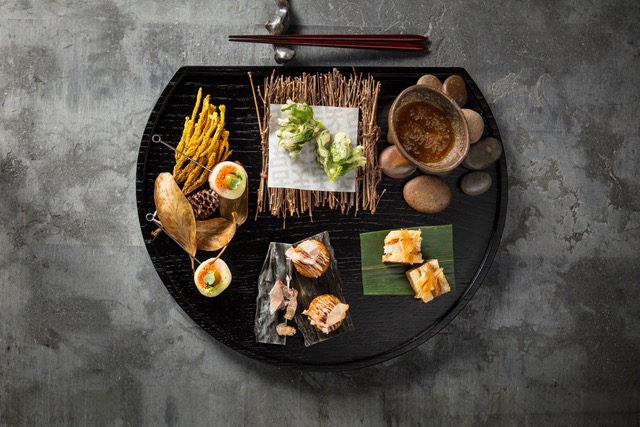 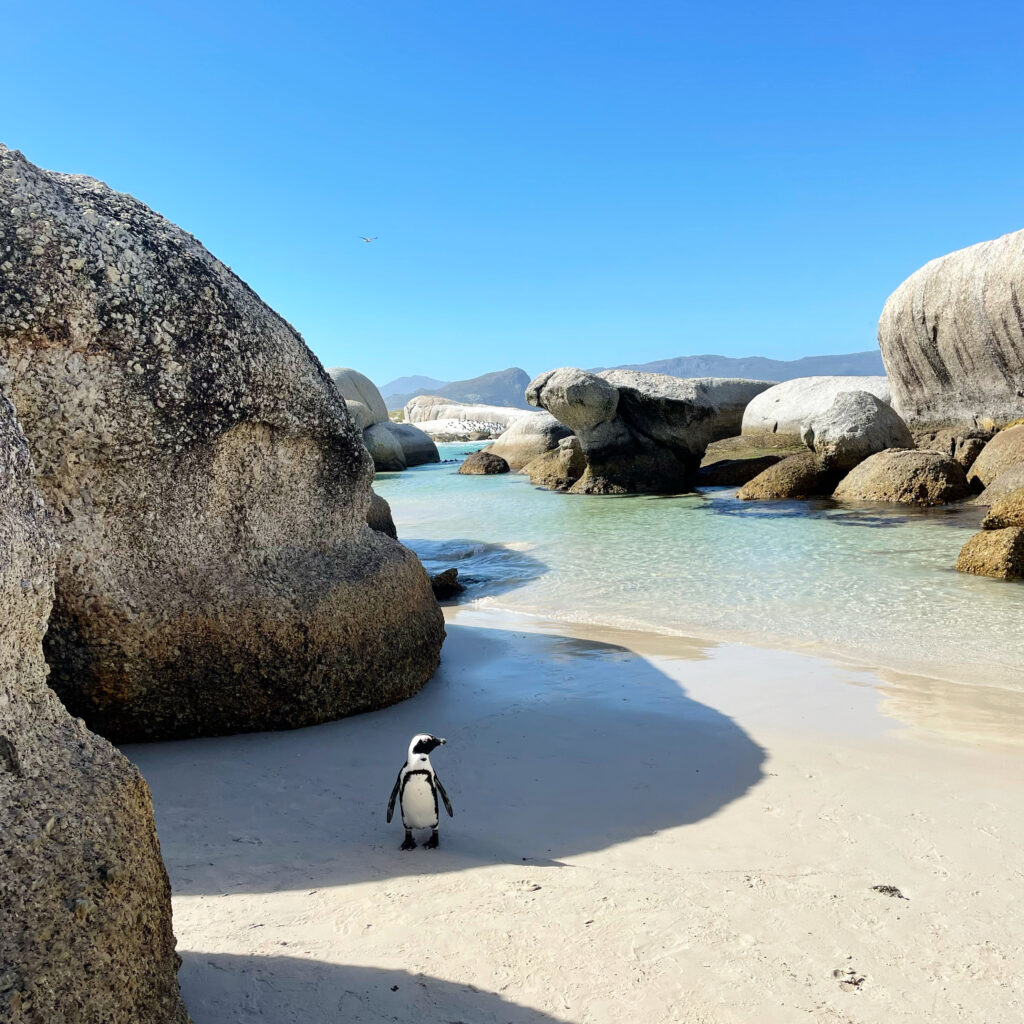 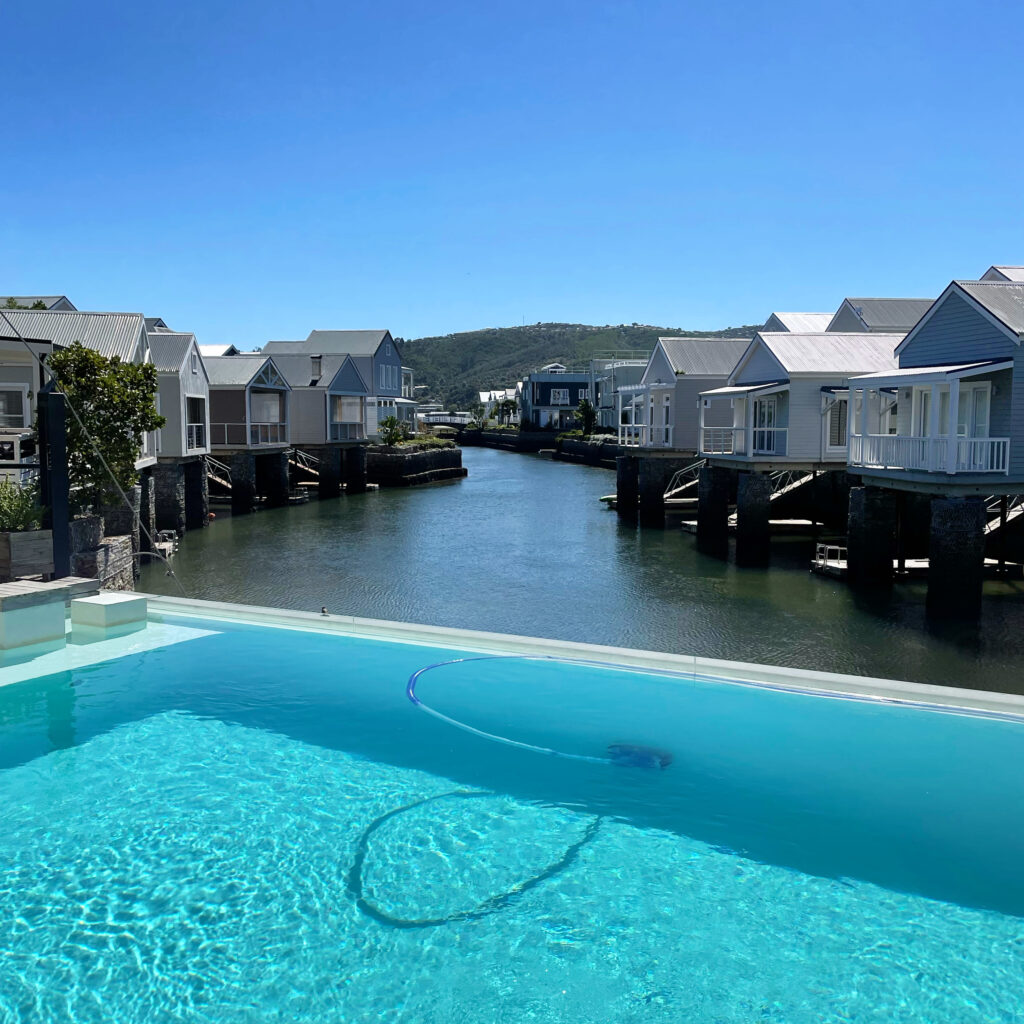 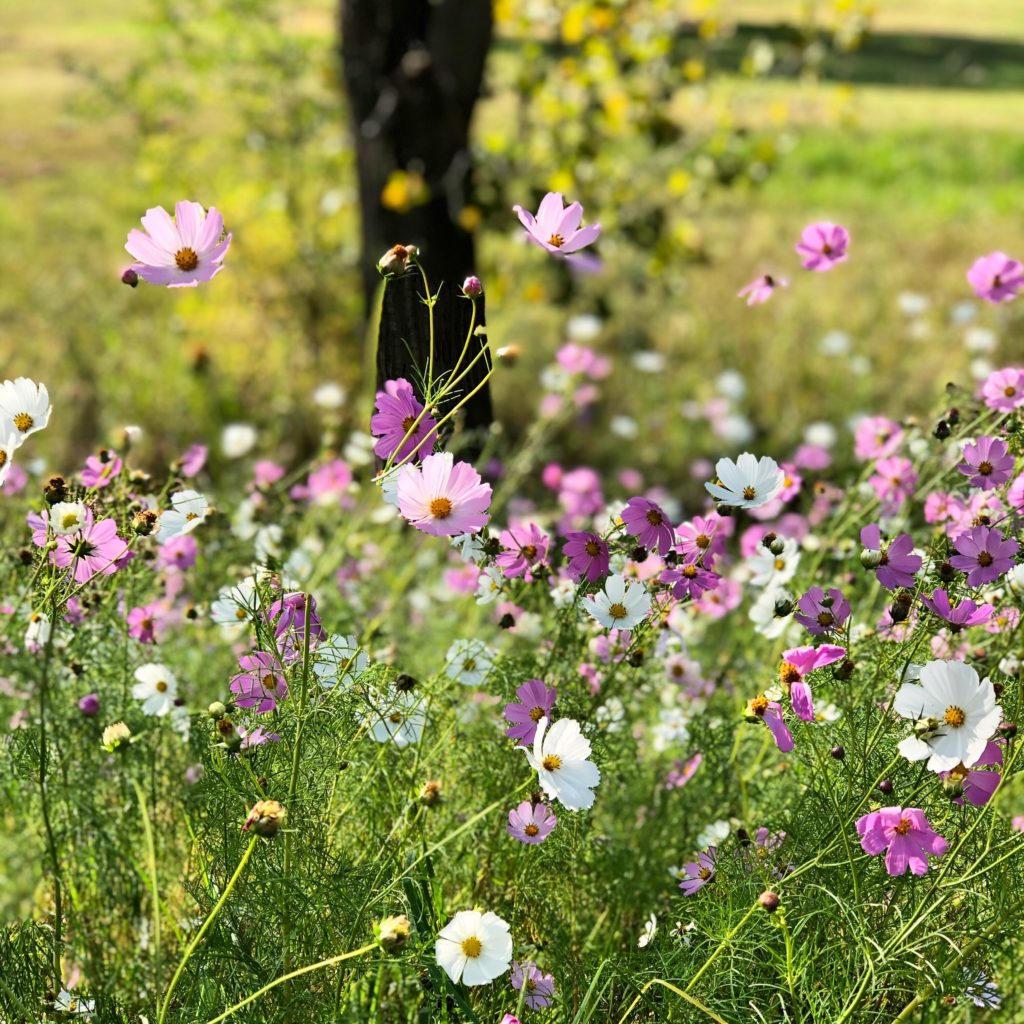